On July 5, 2021, significant amendments to the Business Corporations Act (Ontario) (OBCA) came into effect. These amendments eliminate the requirement that 25% of directors of a corporation incorporated in Ontario be resident Canadians and, for private corporations, allow certain written resolutions to be signed by a simple majority. We previously discussed the proposed amendments, referred to as Bill 213, in our November 18, 2020 bulletin.

Prior to July 5th, section 118(3) of the OBCA required that 25% of the directors of an Ontario corporation be “resident Canadians”, which meant that a board with four or fewer directors required at least one of the directors to be a resident Canadian. The Canadian residency requirement caused many foreign corporations who wanted to expand their business into Canada to incorporate in one of Canada’s provinces that did not have the requirement. In some cases, businesses incorporated in a province without a director residency requirement even where all of the corporation’s operations were located in Ontario.

Eliminating the Canadian residency requirement will make Ontario a more attractive incorporation jurisdiction. It will no longer be necessary for foreign investors who wish to incorporate in Ontario or to purchase a business incorporated under the OBCA to find Canadians to serve on their boards. The requirement added cost, complication and unnecessary delay to business transactions.

Section 104(1) of the OBCA permits written shareholders’ resolutions in lieu of meetings. That section previously required these written resolutions to be signed by all of the shareholders entitled to vote on such resolutions. This was an onerous requirement that resulted in Ontario corporations having to hold shareholder meetings if some shareholders were not available to sign the resolution or were unwilling to do so even if those shareholders held only a very small stake in the corporation.

As of July 5th, the approval threshold for written ordinary resolutions in non-offering OBCA corporations (essentially private companies) has been reduced to a simple majority, so long as written notice of the resolution is given within 10 business days to all non-signing shareholders entitled to vote on the resolution.

Where an Ontario corporation’s board includes one or more directors simply to comply with the now-abolished Canadian residency requirement, the corporation may wish to consider a new board composition now that this requirement no longer applies. 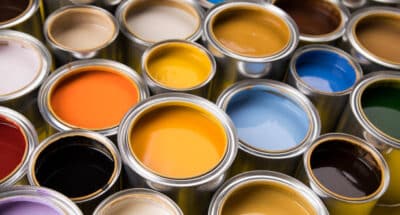