Low fine collection by securities regulators not due to lax enforcement, observers say

Over the past few months, there has been increasing focus on provincial securities regulators and their records of collecting fines from individuals convicted of securities fraud. Politicians and the media alike have called out the regulators for not adequately enforcing the fines they have levied.

A recent analysis by the Globe and Mail showed the amount of unpaid securities fines in Canada is more than $1.1 billion. The Ontario Securities Commission (OSC) has more than $360 million in unpaid fines, with an annual collection rate of just under 30 per cent. The British Columbia Securities Commission (BCSC) reports a historical collection rate of less than five per cent since the commission was incorporated in 1995, with approximately $478 million in sanctions outstanding.

As a result of the revelations, Ontario Premier Kathleen Wynne has said her government intends to look at ways to ensure the fines are paid. B.C. Finance Minister Carole James has said she is “certainly not happy” with the collection of fines by the BCSC, and has asked the regulator to come forward with proposals on how the province can modernize the B.C. Securities Act’s enforcement framework.

But observers say it is likely too simplistic to blame any sort of lax enforcement by regulators. The reason for the low amount of fines being paid, they say, is a combination of a number of other issues, one of which is the fact these violators may not have the money to pay their fines. Douglas Muir, director of enforcement with the BCSC, said “any collection matter is an issue of whether the person has the assets.”

“It’s a misconception that we’re not collecting fines from offenders,” he said. “It is really just they don’t have the funds to pay the fines.”

W. Fraser McDonald of Allen McDonald Swartz LLP agreed, saying he suspected the reason the securities regulators are unable to collect the fines was “because their targets are impecunious or they can’t track down assets.”

“That’s my suspicion, otherwise there’s no reason not to allow orders,” he said. “There’s a variety of orders outstanding for fines that they appear not be following up on. But I rather expect they’re not following up because the prospects of collecting are slim.”

McDonald said he attributes the regulators with “good motives and good work ethics” who don’t see a reasonable opportunity to collect fines in many cases.

“I don’t think they’re just ignoring this issue. They don’t do that,” he said. “It’s more likely they’re looking at [people who have been assessed fines] and seeing if there’s a chance of getting the money. If they’re not following up, it’s because they’re making an assessment that there’s no reasonable opportunity to get it and resources are best spent elsewhere.”

The fines allocated by securities regulators are enforceable in court, but Nadia Campion of Polley Faith LLP noted the enforcement of orders and collection of fines is a time-consuming and expensive process.

“Whatever these individuals have done in terms of breaching [securities legislation] and engaged in fraudulent conduct, by the time it’s been discovered and it’s been adjudicated, there’s likely a significant risk the money have been dissipated so there’s no money to collect the fines with,” she said. “Also many of these individuals who have perpetrated fraud live outside the province or the country, and that generally places them outside the reach of the regulators.”

McDonald said one tool available that is not used is to seek jail sentences for some of the bigger violators. He noted there are two types of people who are in the securities business — those who are legitimate and registered and have “the most to lose” because they have the capital regulators can go against, and those who are operating outside the system and are running fraudulent operations, where many of the difficulties in fines arise from.

“I think the most obvious recourse is to seek a jail sentence against those kinds of people,” he said. “But whether the court is willing to impose those just because they don’t have the assets to pay a fine doesn’t necessarily mean the court would. You have to establish a basis based on precedence they should receive jail time.”

Investor education and being smart when dealing with sales of securities plays a part in helping to reduce the number of frauds that could lead to uncollectable fines, said McDonald. Ontario and B.C., as well as other provinces, have delinquent lists that show people who have not paid their sanctions, which have been colloquially referred to as “name and shame” lists.

“We don’t see it as shaming,” said Muir. “We see it as a component of enforcement proceedings if people have paid a fine and provides info for people who are looking into the history of the person they are considering investing with. If it was just ‘name and shame’ we wouldn’t include the names of people who have actually paid their fines.”

McDonald noted many fraudsters “prey on the weak and vulnerable.”

“They get them on the phone and they use high pressure sales tactics and they rely on people not doing their due diligence or people not doing a simple Google search,” he said. “But many fraudsters change their names from scam to scam. If I Google John Smith who was convicted of violating [securities rules] and he’s changed his name to John Jones, it’s not going come up if I try and do some due diligence. It’s a bit of a difficult situation but it’s more of a situation where investor education has to come to the fore and try to get people not to buy securities over the phone when they get a call.”

Campion said one way to deal with the lack of fines not being collected — and one that has been considered and even utilized at some regulators — is using private collection agencies or dedicating staff to the world of collections.

“So instead of using in-house staff that are really aimed at prosecuting violations you have separate individuals who are either internal or external to the securities regulators who are dedicated to collections,” she said. “And if you can divide up the resources a bit between the enforcement of these fines and prosecution which leads to the assessment of these fines, maybe that would take the pressure off on the resource side.”

Campion also noted steps that have been taken to improve the ability of self-regulated bodies such as the Investment Industry Regulatory Organization of Canada and the Mutual Fund Dealers Association of Canada in their ability to collect fines. In 2017, both organizations were given the power to make their orders enforceable by the Ontario Superior Court under the Ontario Securities Act(OSA).

“The self-regulated bodies did not have the ability [to have their orders enforced by a court], so the orders that were assessed weren’t worth the paper they were written on really,” she said. “The government made changes to the OSA that placed [the bodies] on an equal footing with the OSC.”

Campion said efforts such as this “demonstrates addressing the problem of not being able to collect fines has to be a collective and joint effort between the regulatory bodies and the government.”

“And what this demonstrates is that government knows [fine collection] is an issue and the regulators know it is an issue and they are working together to improve the situation,” she said. “In the mid-2000s, there was commentary similar to 2017 that said [the OSC] wasn’t taking the initiative to collect fines. But I actually think since then it has actively taken steps to improve collections rates.”

But taking such steps also brings up the age-old question of how to commit resources, said Campion. She said the resources the OSC and other regulators have are limited, and “ultimately their focus is on spending those scarce resources on preventing and/or stopping the conduct that harm the interests of investors rather than on collections.”

“That’s always going to be a struggle — do you commit your resources to prosecution and preventative measures, which the focus of these regulators really is, or the enforcement of the judgment, which is a separate category in some sense,” she said. “But I think everybody recognizes the regulators have to be seen to be going after individuals who are not paying their fines, because that in and of itself is a deterrent. If people get fined hundreds of thousands of dollars but nobody enforces it, are they going to take the regulators seriously if they’re not enforcing the fines that are being assessed?” 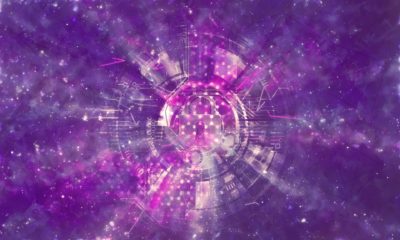 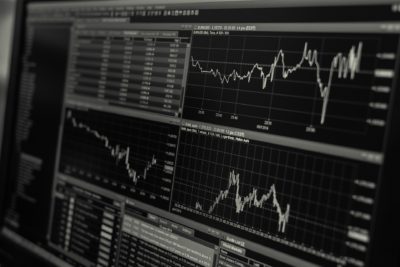 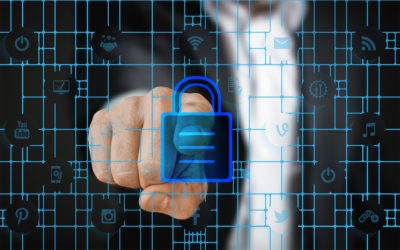 Top 5 Tips for Creating an Effective Computer Use Policy